Melbourne’s Doomsday Store hasn’t been around long but in it’s short history I’ve been standing from the sidelines admiring what they’re doing and how they go about it. The store, brands, and all around vibe of the whole operation works so so cohesively that there’s pretty much no way that it couldn’t work. It probably helps to have some pretty talented heads behind the scenes but it’s stores like theirs that makes me hopeful for the small retail scene in this country. There’s been plenty of banter around the dying bricks and mortar locations, and I’m an active participant (I’m right there on the front line) but I think Doomsday’s whole etiquette is a step in the right direction. It also helps their shop tees are some of the best around and they repackage vintage awesome vietnam-era patches. 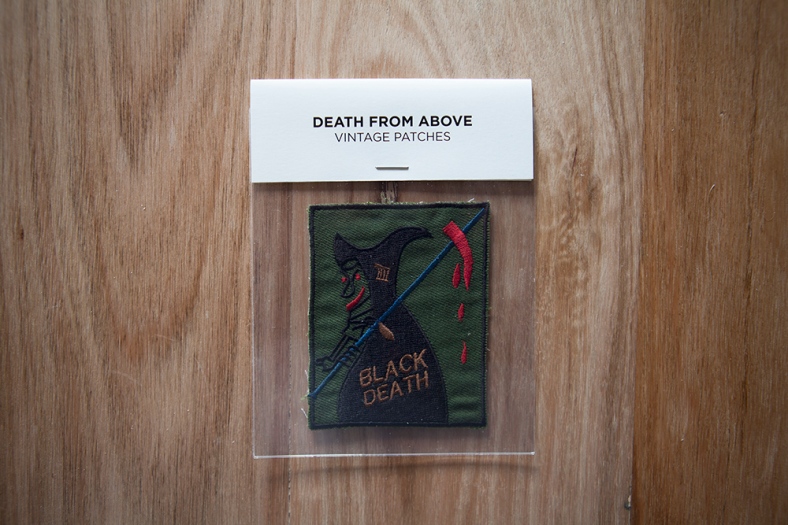 With the outbreak of a few new stores after the first wave of stores died off things have been a bit up in the air with everyone clambering to find their place within a very small industry. At the same time, a market that up until the last few years was still burgeoning in Australia has really exploded in popularity and basically there’s a shit load more money than ever before. With the money comes a lot of things and basically right now there’s large chain stores trying to get everything that the smaller stores have been stocking, which creates this situation where just when they’re in the position to start really making things work they’re left in the lurch… again. So yeah anyway, that’s the way things go but the way forward is getting your shit locked down and run a tight ship. For a while there most of the boutiques could pretty much pick and choose what brands and products they wanted but now as local distributors start seeing more money from big retailers and rep bonuses loom there for the taking, now more than ever it’s about really narrowing the focus and creating a point of difference. It also doesn’t help that Australia’s population is less than that of Los Angeles and our retail rent is on par with Rode Drive but that’s another discussion completely.

Meanwhile the English are once again proving that they are better than most at just about everything when it comes to streetwear, with the ever-young Fergadelic working his magic on Life’s A Beach after helping Palace cement itself as one of the best skate clothing labels in a long time. Regardless of all the hype monkeys, much like how Supreme gets to me; Palace is strong and it’ll keep going on whether Hypebeast posts about their next range or not. I’m also quite liking some of the stuff by Grind London, in particular that sweat that at first glance looks more skinhead than streetwear. I’ve got a bit of a soft spot for clothes that can result in either an ironic laugh or swift kick to the head depending on who’s reading it, think of it as living on the edge in a really tame way.

Finally, couldn’t really not mention the “Kith Exclusive 998 Re-Release” that’s doing the rounds at the moment. Just to clear things up in case anyone is naive to what’s going on here, it’s a New Balance 998 that dropped a few years back that Mr Fieg most likely held onto or found somewhere, slapped some rope laces in and made some bank. Now in a past life I might have flown off the handle but to be honest, on Ronnie’s part it’s a good marketing plan. The hardest shoes to find at the ones that weren’t that popular at release, especially a year or two after they dropped. He’s done it before with some of Asics (including a colourway that I literally couldn’t give away for free) but this is his first time doing it with the big N. It’s an interesting ploy, if not commendable and it’s probably more an indicator of what’s going on in the sneaker scene out there more than anything. Kith found it’s market and caters to it perfectly, that’s something many other stores (and labels) could learn from.