It’s been a big year for footwear, with it seeming like a release of some sort every weekend and collaborations becoming almost in-line essentials. Amongst it all though there’s been plenty of gold and plenty more rubbish. Kids are fighting over Jordans, there’s insanity going on around a Yeezy release, Kobe is injured and Flyknit is still in the headlines… It seems like 2012 all over.

One thing that’s on the up still is runners, whereas tumblr was freaking over J’s and other court shoes now there’s more money flooding in for the Air Max and tech running family. The sharp shaped fused USA pack AM90s (which were great regardless) have sparked a deluge of fake shoes and the bulbous Huarache re-issue continues to get our UK brethren all hot and bothered. Reebok’s been pushing Classic Leathers alot and there’s been some shockers, but as with any shoe that has such a strong link to subcultures those that know treated it well with great results. Frank The Butcher nailed it with his DMX Run 10, SNS’s year-long collection peaked for me with the Pipi Longstockings (but not) inspired Pump Fury, Mr Gwar deserves a mention for getting legit recognition by way of his own shoe and Garbstore won it all with their outside-in pack. To see the (proper) GL6000 and LX8500 back was great but the real fun begins in 2014 with the Pump Fury’s 20th Anniversary promising plenty of exposed feet and cutout sole goodness. 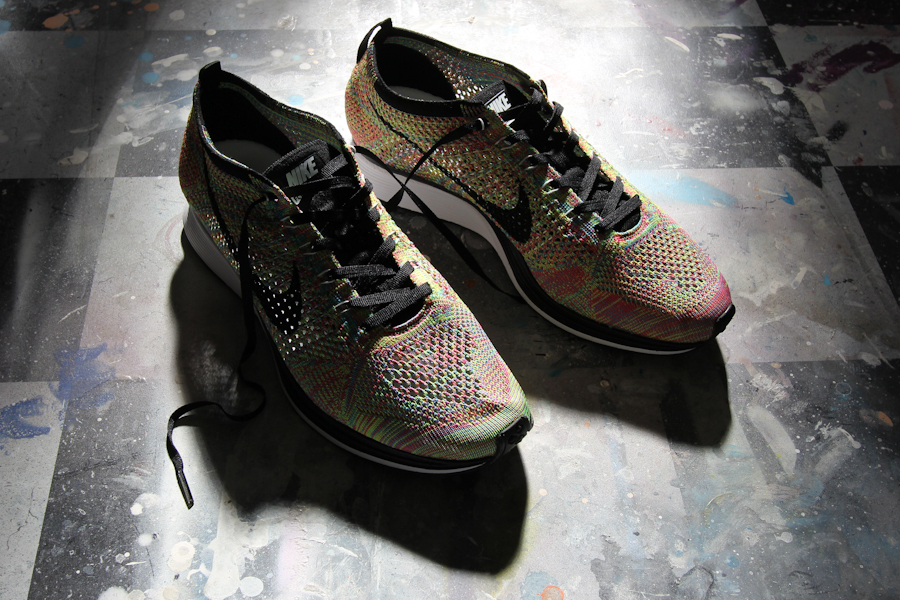 Nike’s retro running game is slipping but the Python re-emergence was a surprise and Flyknit still remains one of the best things of the last decade. In particular the multicoloured paddle-pop-esque Racer was by far my pick of the best shoe for the year, and I say that with conviction along with the Lunar Chukka version being one of the most comfortable shoes going. The Roundel project worked well in executing a concept and the copy for the Stussy Trainerendors was a great follow up to the OMS from 2012, for me it outshone the product itself.

New Balance have continued their obsession with tediously named “packs” and terribly constructed collaborations but the Concepts C-Note made it all better by being hands-down one of the best crossovers I’ve seen from the NB in years. I think this one will be a future classic, thanks in no parts to the 998’s strength and the fact that varying shades of white always sucker you in with their siren songs only to guide you into a rocky outcrop of dirty toeboxes. On the topic of New Balance, shouts to ThoseNBs for letting me ramble on about them.

Le Coq Sportif showed them all how to do it with the R-1000 being one of the most accurate reissues in a while and with a reasonable price point to boot; the crazy small fit didn’t help matters of online purchase though. The Flash got a push via collaborations, with Crooked’s latecomer “Eurostar” being one of the biggest sleeper releases for the year. Footpatrol’s macaron flavoured pair deserve a mention although for utter rudeness they’re sectioned to the ‘when you’re in the mood’ area.

The return of adidas’ Torsion Integral was marred by the fact a button-pushing error meant Australia missed out completely although a local release of Sneaker Freaker’s (hugely sized) version gave some solace. The Boston Super re-release to celebrate the city’s marathon was one of the best releases marred by tragedy and being generally overlooked. Mastermind and Bape both made adidas hype relevant (Mastermind’s constant “Last Ever” line has wiffs of Rugs-A-Million “going out of business sale” to me as well). The ZX8000 made another return in it’s rude original colour scheme and Mita reworked it into what is probably one of the best contemporary colourways of the model this side of the Oki-Ni versions. The real fun kicks off in ’14 with the EQT range coming back with real vengeance, no more do you have to considering unwearable Supports for $1000. 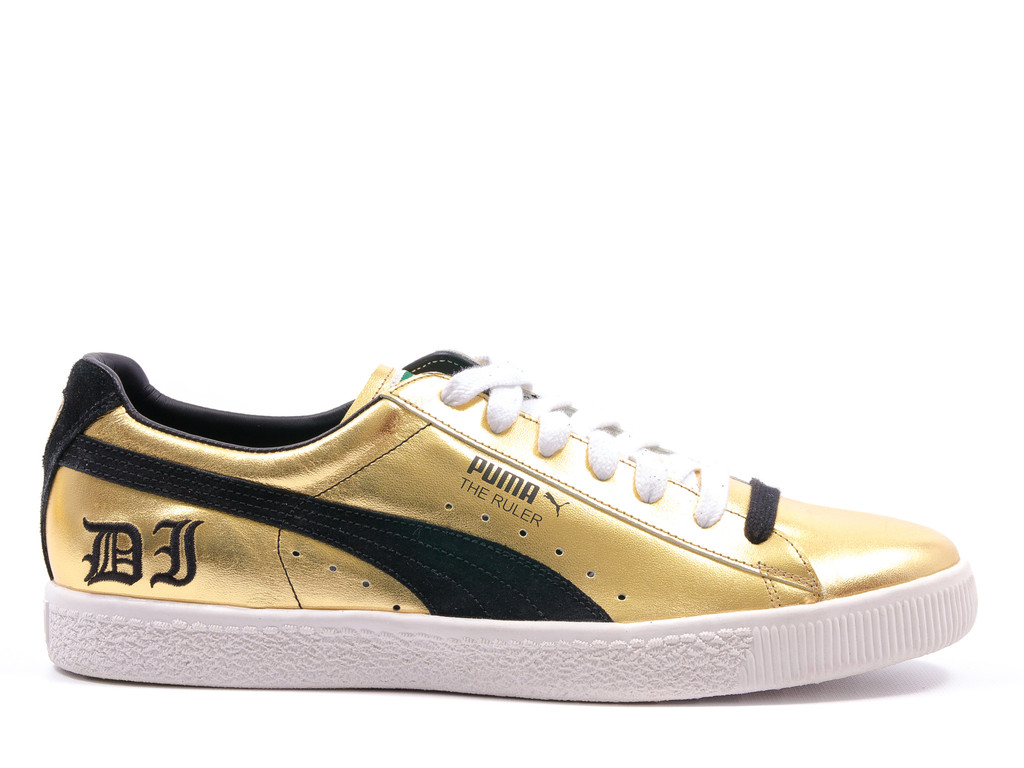 Puma did well with the XT1 and XT2 reissues, paying homage to that comfortable Trinomic technology but it wasn’t until the Sneaker Freaker collaborations released that most (kids) really took notice. Given the current gen’s penchant for all things 5 years ago, it made complete sense and the addition of wrinkled nubuck and fantastic box made these better than the originals. The Sharkbait version echoed the initial release’s shark skinned pairs and created suitable amounts of anger over bot usage and the old “strangers getting our stuff” argument. The Japanese made Sapphire Suedes shocked me with their amazing quality, the heel tab’s slightly metallic deep blue leather was something you never see this side of unfathomably expensive luxury fashion. BWGH’s R698 had the “no way the artists would co-sign this” section covered and it also afforded the R698 some much deserved attention even if the original colourways are probably nicer. I was incredibly disappointed to see that Packer did a secret Puma vault release of some samples last week and I missed out on finally securing a pair of the un-released Slick Rick “The Ruler” Clydes, that shoe has been on my “unobtainable but still want” list since the days of Crooked’s “What Are You Wearing” street profiles.

Asics probably had the biggest year of all; finally one of Mr Fieg’s shoes from them hit global release and the fallout was both predictable and refreshing. It’s good to see kids lining up for runners, it helps the stores stay alive at the end of the day and to see them queing for an Asics release is amusing. Not 2 years ago the only people buying any Asics in Brisbane were late 50s old ladies with terrible feet; on the recommendation of their orthopaedic specialist whom had told me that anything with an Air sole would ruin your feet. My how times have changed. The best thing to come from the brand however hadn’t changed; Kayano is still their best shoe and with the re-release (finally) of the original Kayano a new generation of kids can wear a shoe that has lasted the test of time incredibly well. Honorable mentions to the original GLV and GT-Cool as well, unfortunately my lack of love of the split tongue (on my feet) and GLV’s fit meant they don’t get any more love.

Special mentions also to Converse, their First String program is going really well and although I don’t wear Chuck Taylors the so-long awaited Missoni Auckland Racers were worth it. Hender Scheme out-did Bape on the “making better versions of a shoe that exists” with their AF1 and New Balance numbers being the most notable; with some images floating around of their 2014 range including something akin to a Micropacer things may even get better. There’s probably some I’m forgetting and plenty more I don’t want to mention but I think that’s a sign of the times; with the amount of decent stuff coming out in a single year it’s hard to keep up and judging by what else is on the cards for 2014 it might just be a lot more of the same.