Patriotism seems to be a really foreign subject to me, not necessarily the concept itself but patriotism for my own country. Sure, I love Australia and I think we’ve got a great country but the concept of patriotism in Australia just conjures up images of racism and southern cross tattoos. I suppose that sort of  generalisation is the same thing that makes people think of apparel adorned in stars and stripes and fat people riding around on mobility scooters when Americans speak of patriotism.

The lads over at Supply have just undertaken their Syndicate shoe and chose to take the patriotic route when colouring up the Chima Ferguson Pro model; channelling Australia’s most well known rebellion against those blasted English. Nowadays the Eureka flag lives on adorning the back windows of trucks and flying proudly on job sites alike; it lives on as a symbol of the working class not taking shit from the man.

Oddly enough given Chima’s connection with Supply his shoe couldn’t launch at the store initially because they weren’t stocking Vans at the time; luckily that was all sorted and now this Eureka flag swathed beaut sits before us today. As far as patriotic footwear goes this is about as true blue as it gets (excuse the pun). Get them direct from the source today and read Sneaker Freaker’s interview with Shawn Yates here. 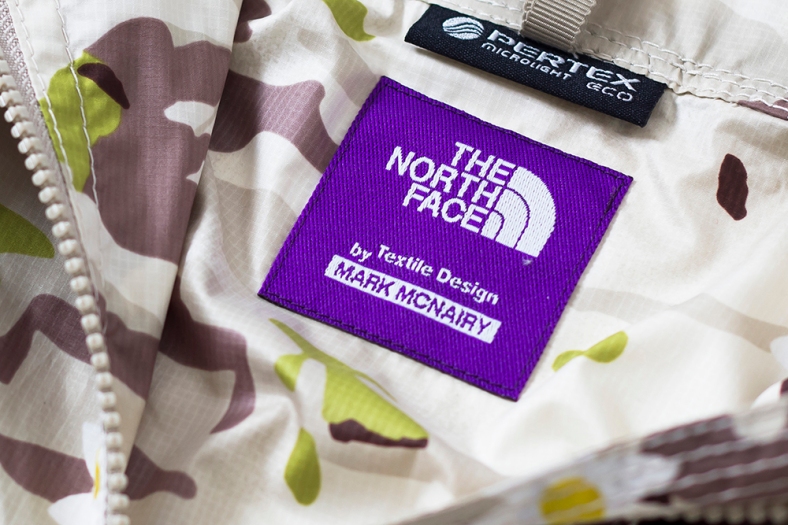 Continuing the fanboyism; Mark McNairy has continued the “world domination” approach to menswear by still doing whatever the hell he wants. This time he’s teamed up with The North Face’s Japanese division and created a custom camouflage pattern for their Purple Label line. Obviously it contains a good dose of daiseys and I want it (along with the matching packs).

Mcnairy’s “overnight” success is menswear is somewhat of a non-truth given the amount of time and toil he and his brother but into the initial McNairy Brothers label and subsequent New Amsterdam, finding initial success in Japan and garnering a reasonable following. Yet another case where Japan knew well before the westerners caught on. Regardless, the current success no matter how you feel about him or his stuff, has been hard earned and I don’t care what you think because I like it.

The North Face by Mark McNairy Purple Label collection drops at Nanamica next week and I’m enjoying the need to assert some semblance of effort to get your hands on them.

Finally, seersucker is a full-on fabric and needs to be treated with great respect. The influx of late-teen kids that will no doubt be copping the Supreme Brooks Brothers piece will struggle to work this thing and I’m sure the resale market will be flooded with plenty of sets of pants being sold off on their own. It takes a heavy southern accent, a mint julep and a whole lot of cotton-picking money to really pull of the look and I doubt highly anyone is going to manage it.

More props to anyone that has the balls to do it though, and I’m looking forward to a youngster that that gets flowed a suit in XS skate the shit out of it. If that doesn’t happen I will be rather let down, the only thing I wish is that they released it on the third Thursday of June to tie in with the US Senate’s tradition (they been on that seersucker tip for years son).