Well, I’m not going to pretend that it hasn’t been a while since the last time I put anything down in text but there’s been good reason. Since September 2015 things got a fair bit more hectic around these parts, mainly in the form of starting a business with my long time partner in crime Tasfeen (aka Taz of our Project 4000 days). To be honest seeing how long it’s been was shocking but my life seems to have been in fast-forward with 7 day weeks pushing everything into a grey blur from the last 18-or-so months. 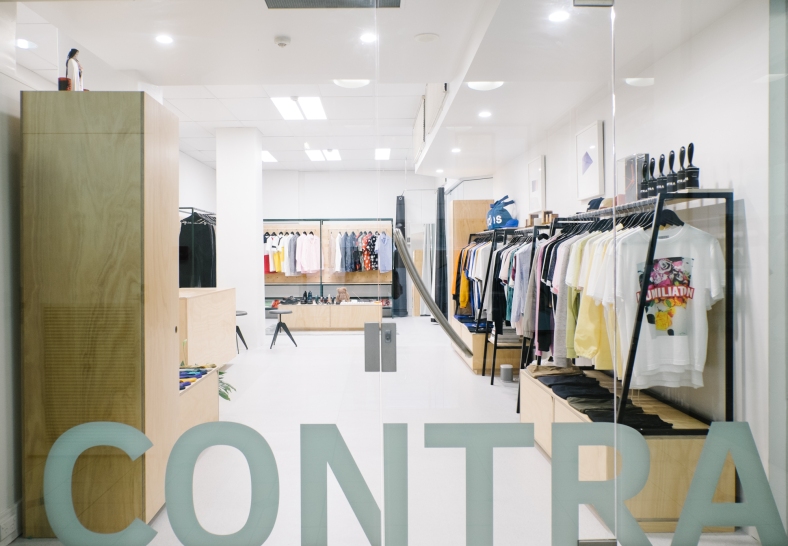 Going by the name Contra this project is a head-first foray into independent retail. I wont bore you with the details any further but if you care at all then the website will explain further, although I’d hazard a guess that if you’re one of the three people reading this post then you’re already quite abroad of what has been going on. Hopefully I’ll be able to keep the typing juices flowing but I’m not going to make any promises there.

Although running a store almost completely devoid of sneakers my passion for footwear still remains. It was a conscious effort to not delve into the somewhat obvious choice of selling sneakers in a booming market. I have my opinions on the whole situation right now but those can wait for a different time. Meanwhile the financial restrictions of business ownership have left me with simply two purchases so far in 2017; the Nike Zoom Fly SP to me encompassed everything I love about Nike’s SP line. I am quite sceptical about the whole “this is a prototype of the Zoom Vaporfly” story though considering the released shoe didn’t use any space aged materials on the upper and the Zoom Fly SP seems to be getting plenty of regional versions now. 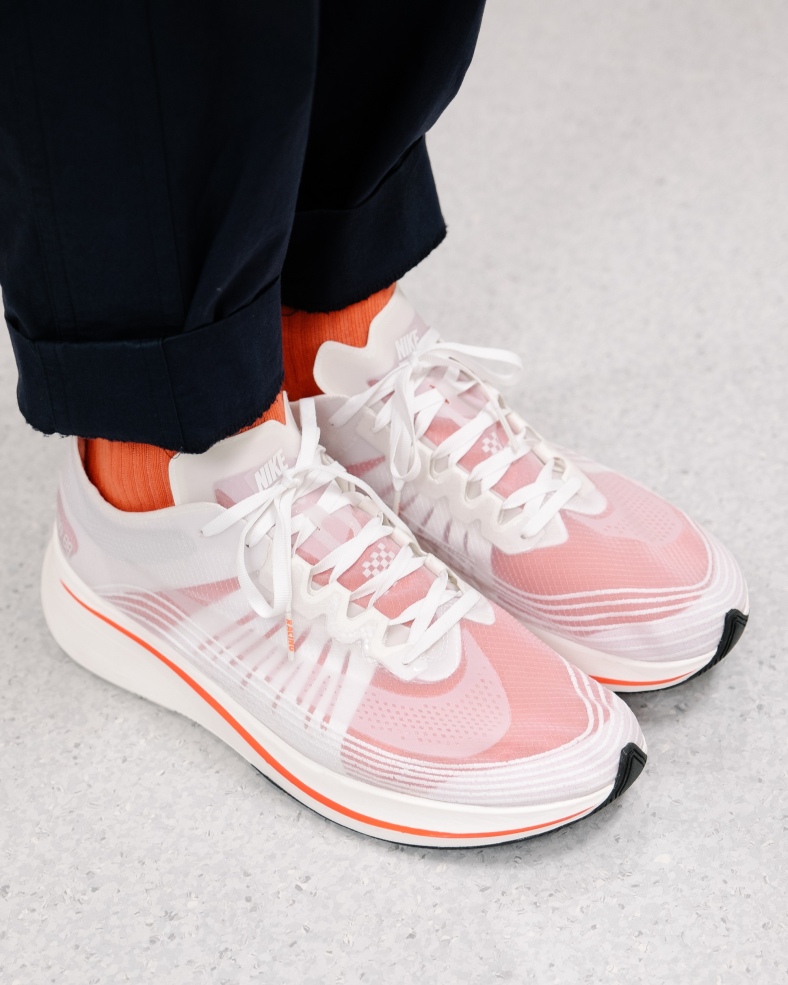 Number two was the New Balance 990 done with Stussy. The latter I ended up purchasing thrice in an act of old-school “one to rock, one to stock and one to keep on ice”. The shoe’s mix of incredibly vulnerable cream suede may have been the motivating factor in that move if I’m honest.

Something about this co-op seemed to hit my sweet spot, a great mix of “those are just boring dad shoes” and cultural relevance. I’ve always had a hankering for NB’s flagship normcore model, paired with a completely off-white makeup and that Double S cosign on the footbed (never external branding) it was an exercise in masterful restraint. The salmon coloured pair I was mercifully gifted earlier this year were also pretty damned amazing although I’m too lazy to dig up a picture. The code is 990SR4 for those playing along at home.

I feel like these were a more fitting tribute to a “what if” Chanel crossover than Concepts’ re-up of the infamous (and all time grail of mine) Chanel Pump Fury not long ago. Don’t get me started on the “rumoured” Pharrell Chanel NMD things either… 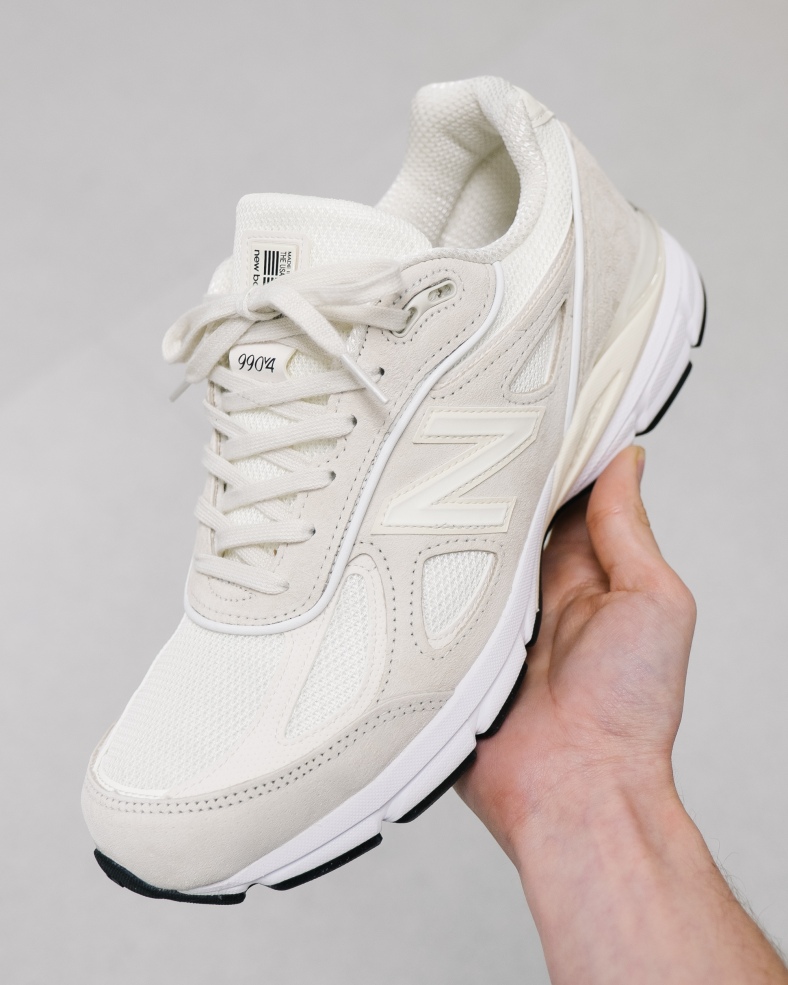 I’ve decided to move the 1500 archive over to Instagram with the page adding a small anecdote for each colourway just in case anyone brought into question the extent of lame nerdiness I possess.

Just today I watched Jon Buscemi’s origin story via Complex which brought to light just how crazy the situations he was fortunate to be involved in were and seeing the man appreciate just how lucky he was really put home how genuine his whole approach has been. I can’t say I’m a fan of his 100mm sneaker but his dedicated vision and success from that can’t be knocked. I still kinda want a pair of the Hermés orange slides for those obnoxious days in the sun as well…

In other Complex video news I’ve been rather enjoying Full Size Run which is a weekly segment that puts three actual sneaker nerds on a panel to discuss the insanity that is sports footwear nowadays.

I’m not usually one for this type of thing but listening to a trio of likeminded footwear aficionados is almost therapeutic. Specific shout out to Matt Welty whom holds the torch for various super nerdy sub-sub genres in the sneaker scene including the NB faction. There’s been some fantastic cameos (shouts Mubi!) but the recent episode that included the Air Monarch designer Jason Mayden was remarkably profound.

Before I sign this off I would like to just briefly mention that one of the most important things to happen in recent history is the passing of Gary Warnett. I will not elaborate much further than to say Gwar’s influence on my life both professionally and personally will be forever cherished and I wouldn’t be the person that I am without his impact.

The shock that this news sent through my system is also a motivating factor for the revival of my musings. I felt compelled to share what little knowledge I had saved after always being so eagerly encouraged by Gary to share what I knew. His concise feedback and genuine passion for anyone who cared about anything sports and street culturally relevant will be missed by not just aficionados but the whole industry at large. I will be forever grateful.

Things will not be the same without Gary but the industry is better because of him.